By Kevin Kayhart For Dailymail.com

Britney Spears and fiancé Sam Asghari are giving their respective Instagram fans and followers a behind-the-scenes look at their Hawaiian getaway.

And although they’ve been getting in plenty of relaxation time, the couple proved their devotion to fitness by fitting in a grueling workout session on Saturday.

Before hitting the gym with her soon-to-be husband, Britney showcased her superstar dance moves to her nearly 40million followers on Instagram.

Scroll down to videos

Working it: Britney Spears, 40, showed off her fit figure in two videos that were shot during her getaway to Hawaii with fiancé Sam Asghari

In the clip, she moved to the groove of the song Love Nwantiti (Ah Ah Ah) by Nigerian singer-songwriter CKay, dressed in a skimpy ensemble consisting of a yellow crop top and black shorts.

‘Yellow hello !!!! So the gym in Maui was beautiful and working out is way better in Maui especially when you can squeeze in “Hips Don’t Lie” movements outside by the fountain !!!!’ she wrote in the caption, along with a fountain, red lips, and a couple of red rose emojis.

She ended the post by confessing to an Hawaiian tradition: ‘Pssss had to do the hula dance !!!’ 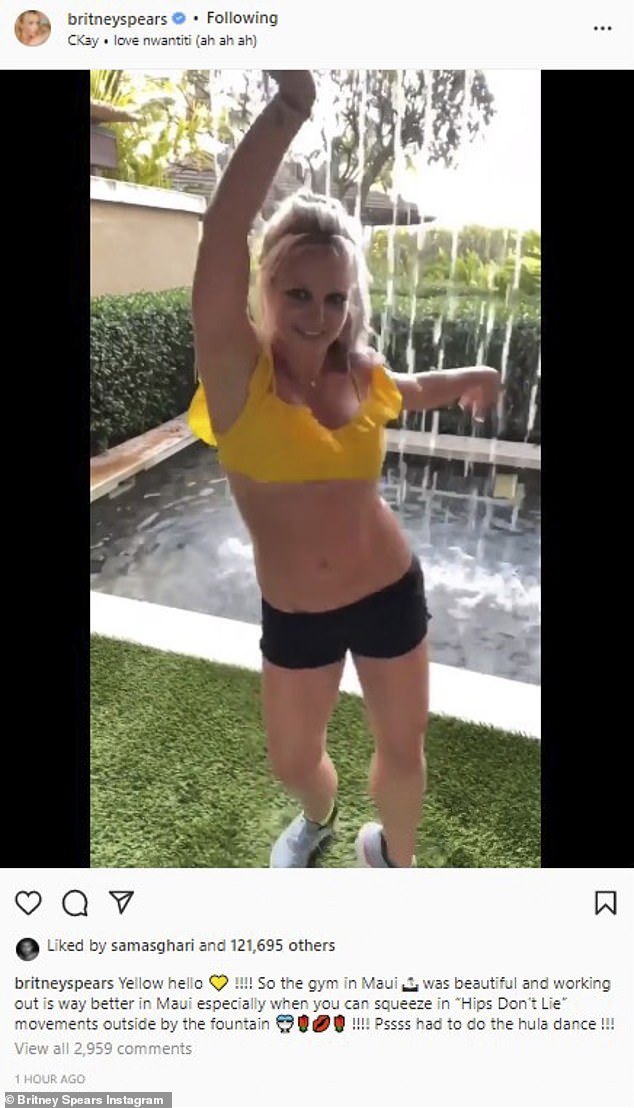 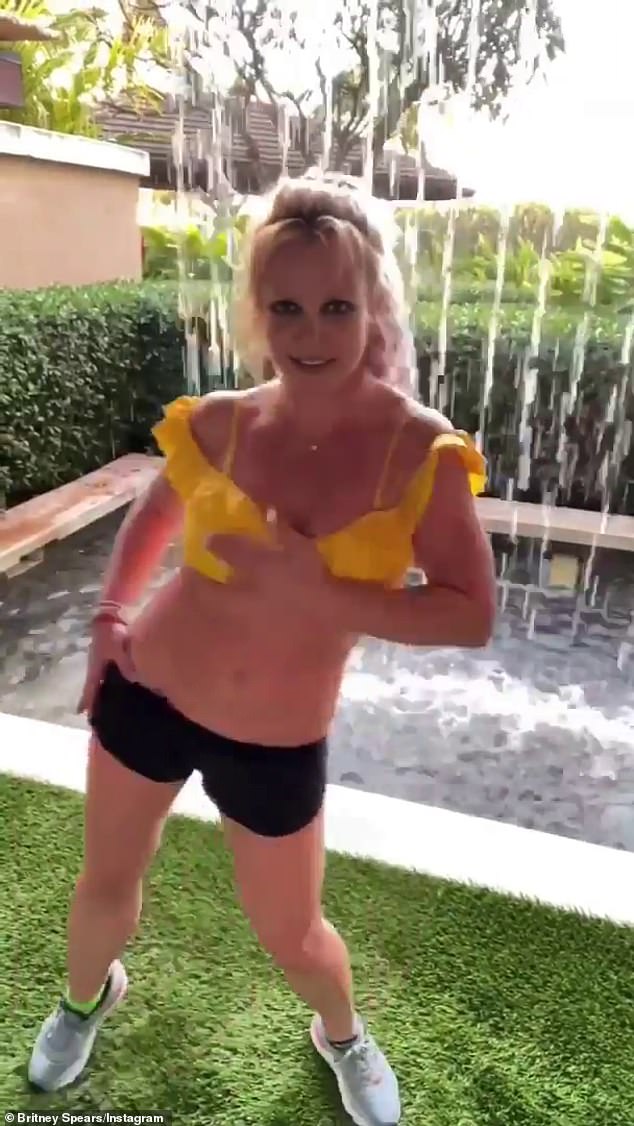 Revealing: Spears showed off her toned curves in skimpy black shorts and a yellow crop top

Movin’ to the groovin’: The pop superstar posted a clip of her dancing to the song Love Nwantiti (Ah Ah Ah) by Nigerian singer-songwriter CKay 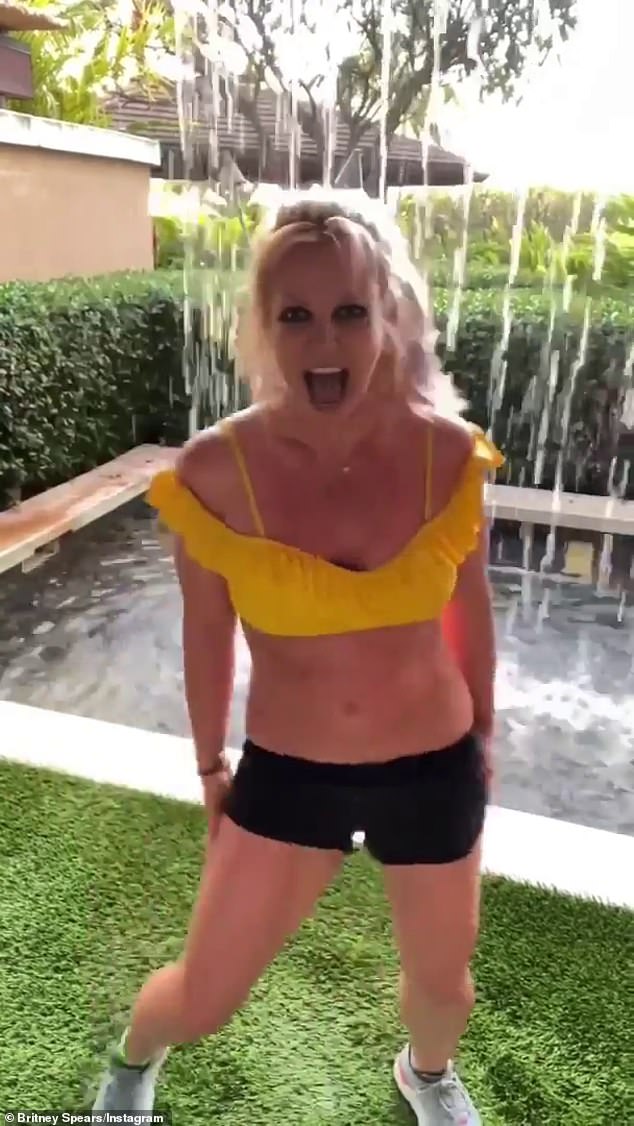 Working the camera: Brit got flirty in the dance portion of her Saturday posts

Feeling inspired and warmed up from all the dancing, the Toxic star took back to her Instagram page less than an hour later to give her 39.5 million fans and followers a glimpse at one of her more traditional workouts at a gym in Hawaii.

For the one minute-plus video, the pop superstar can be seen working out on various machines with the Nicki Minaj verse from her song Bang Bang with Ariana Grange and Jessie J. playing in the background.

In the clip, she’s still wearing the very same yellow and black outfit, while the remnants of her dyed purple tresses are much more visible. 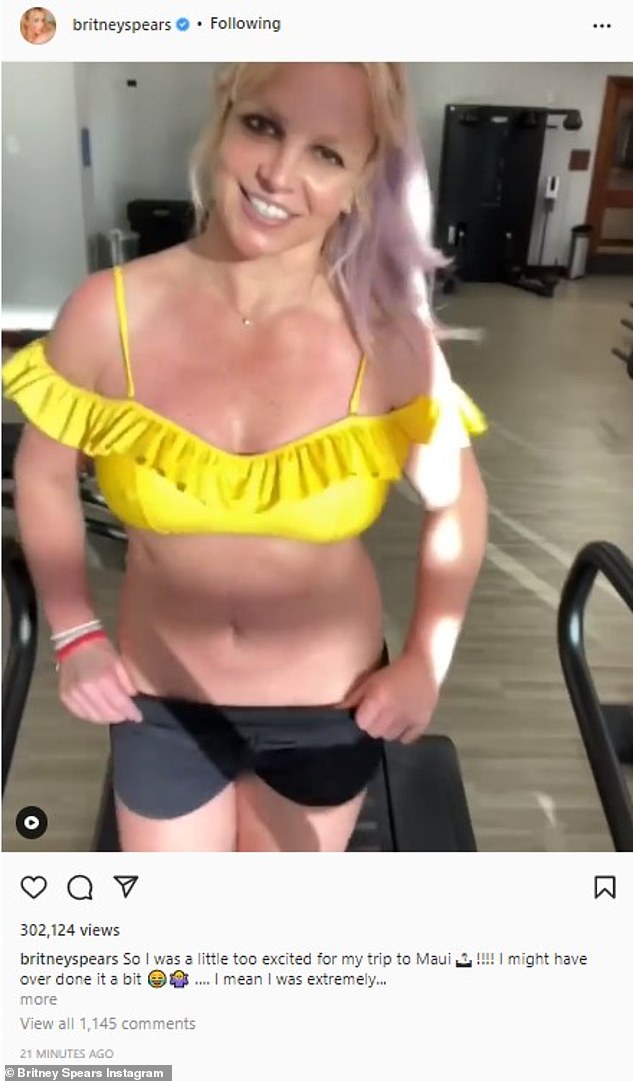 Playful: The Mississippi native pulled at the waistline of her shorts in the gym portion of her Saturday posts 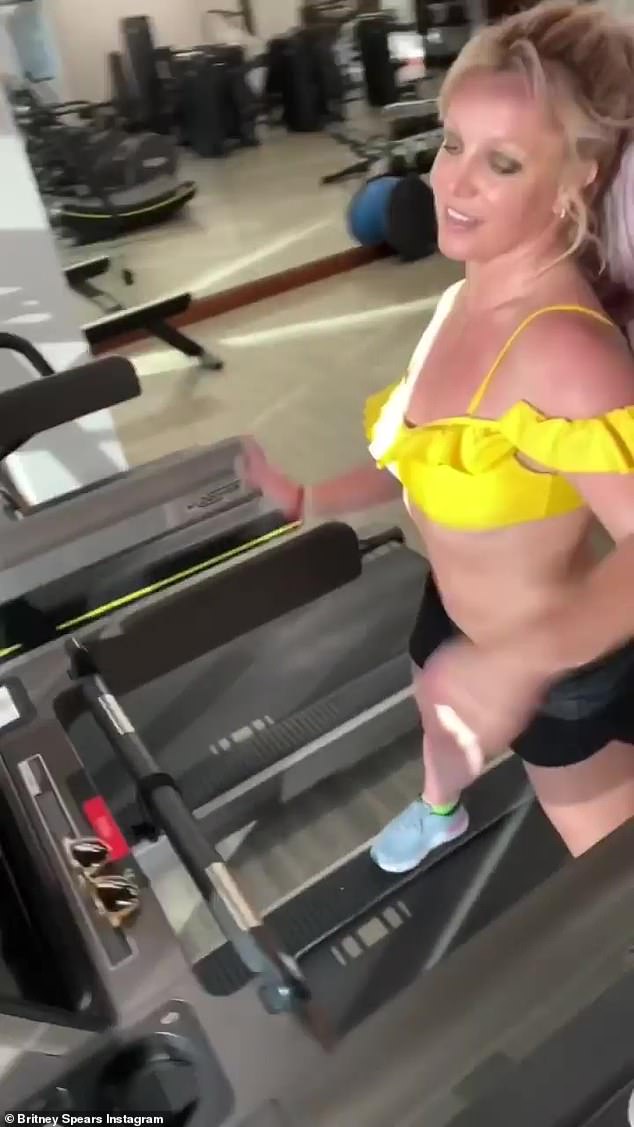 Roadwork: The exercise video showed her hitting the treadmill 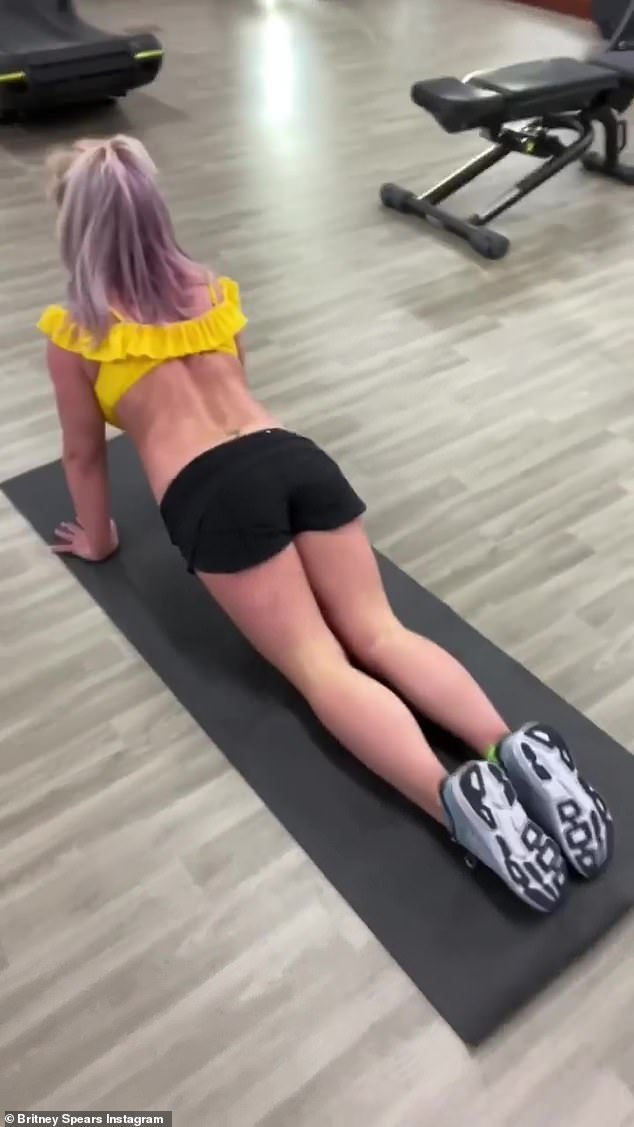 Baby got back: The pop superstar also got in plenty of stretching 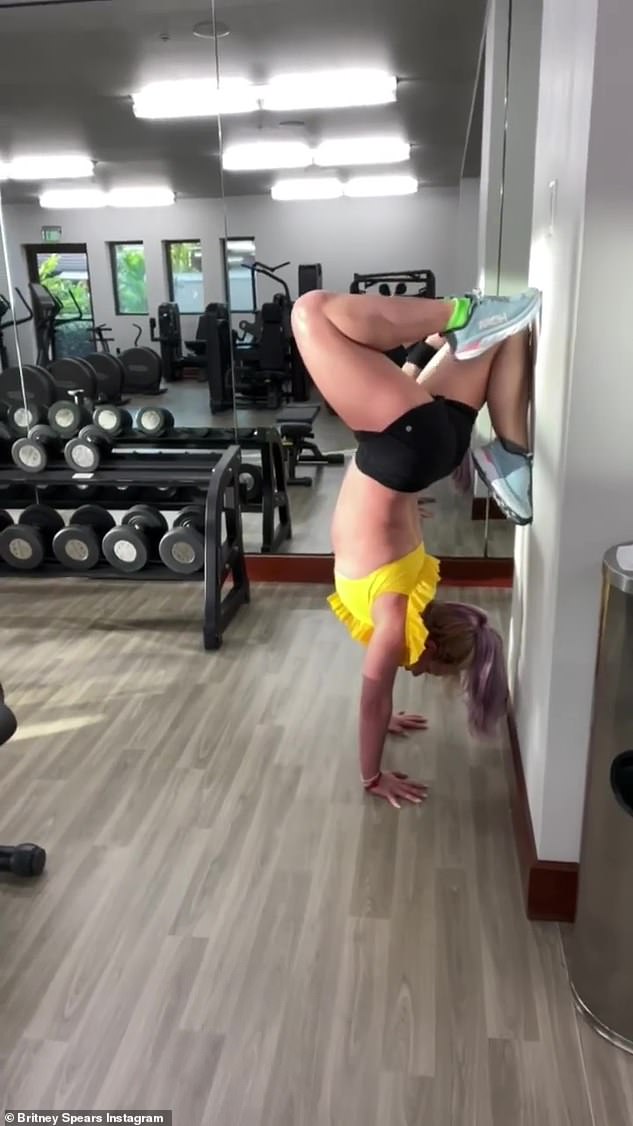 Turning things upside down: Brit also showed off her flexibility in the clip

‘So I was a little too excited for my trip to Maui !!!! she began in the caption of her second post on Saturday, before referencing that she had been feeling sick around the time the video was shot.

‘I might have over done it a bit …. I mean I was extremely excited to be there !!!! Here’s me at the gym doing an intense workout … I’m sweating A LOT !!!! Honestly after being that sick before I have the need to survive in a different way !!!! Being present in the utmost way !!!!! Pushing it just a TOUCH does wonders in my opinion…God speed … God speed !!!!!’

Asghari also gave his 2.3 million Instagram fans and followers a glimpse at his workout session, which he called the ‘Saturday grind.’ 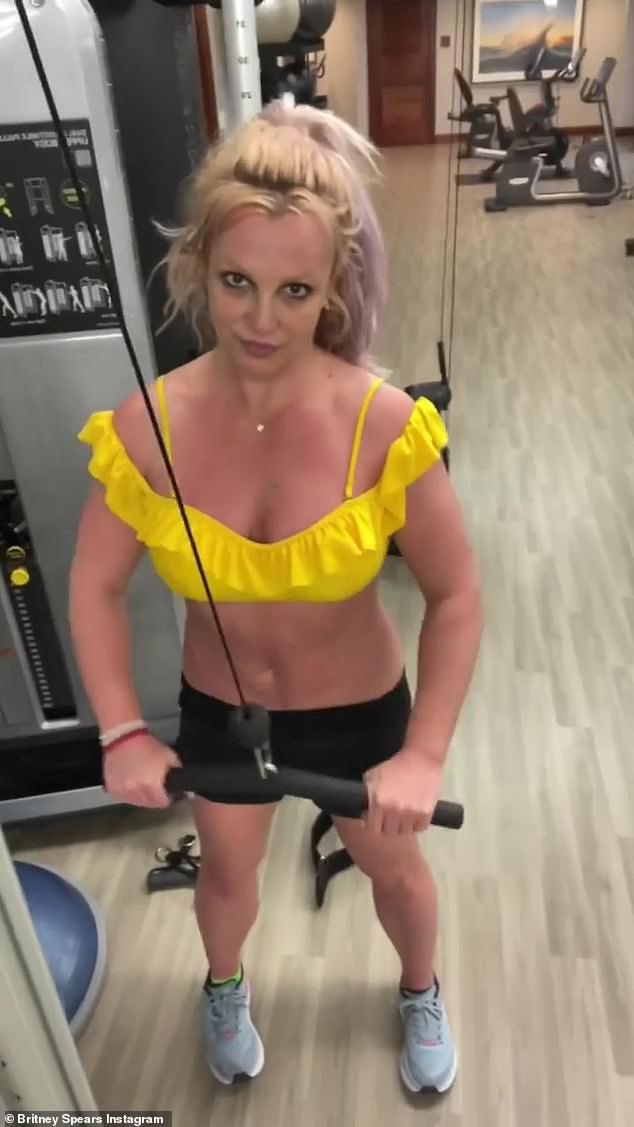 Full body: The Baby One More Time… singer also worked on her triceps and shoulders 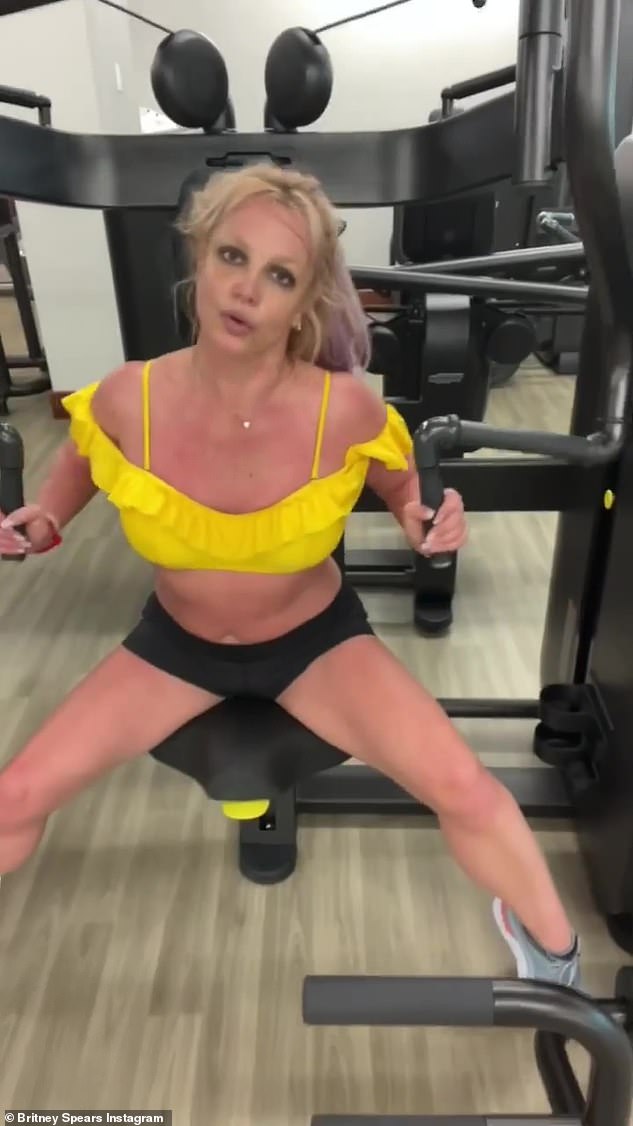 Let’s get physical: The exercise routine also included a few sets to tone her back

In the one particular photo, he flexed his bulging left bicep and tricep, as he stared straight into the camera, dressed in blue camouflage shorts and a brown shirt.

He kept a safety first mentality by also donning a protective mask over his mouth and nose, amid the still dangerous COVID-19.

The 27-year-old exercise enthusiast also posted short clips of himself doing pull-ups on a machine in the gym, as well as a selfie video of him taking a casual stroll with an incredible ocean view.

The couple have been together since they met on the set of her Slumber Party music video in 2016. 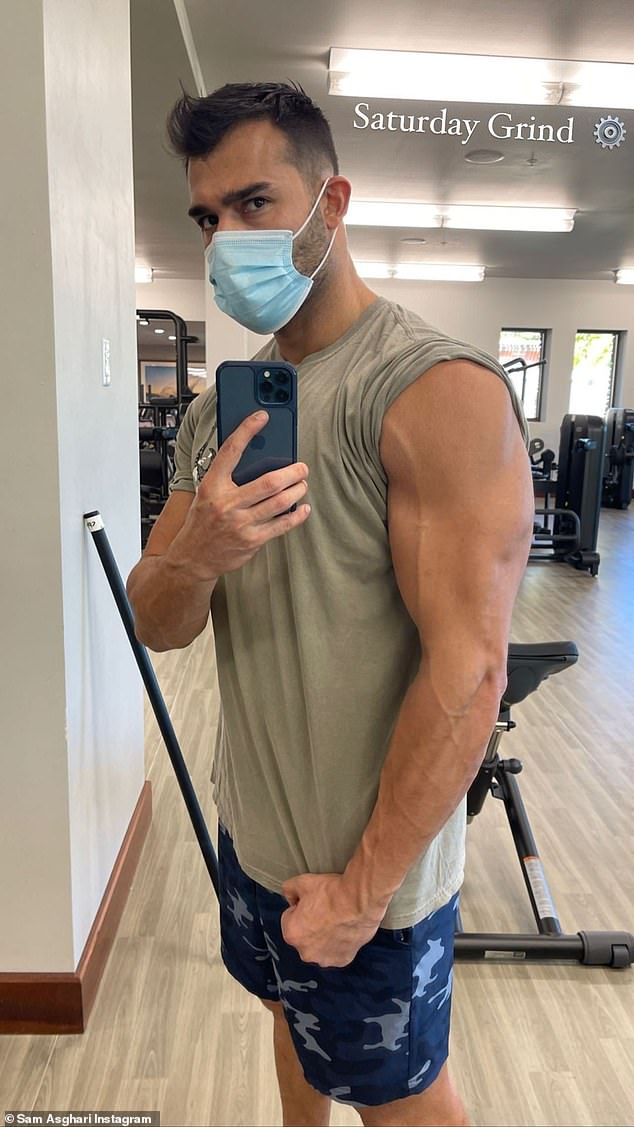 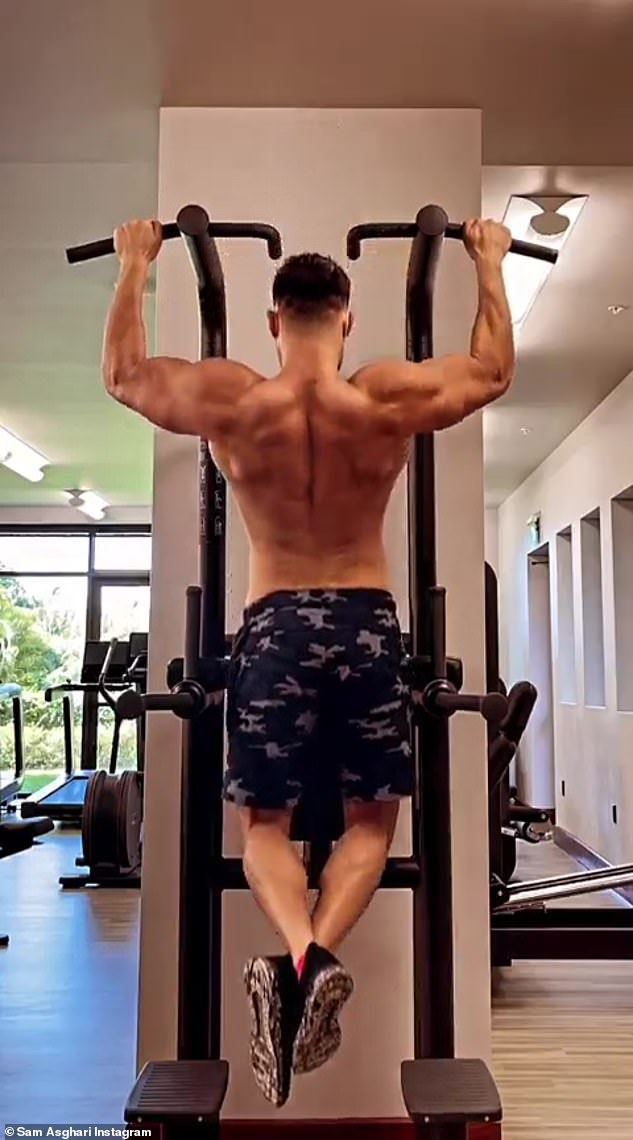 Working it: The personal trainer also posted a short video of himself doing pull-ups 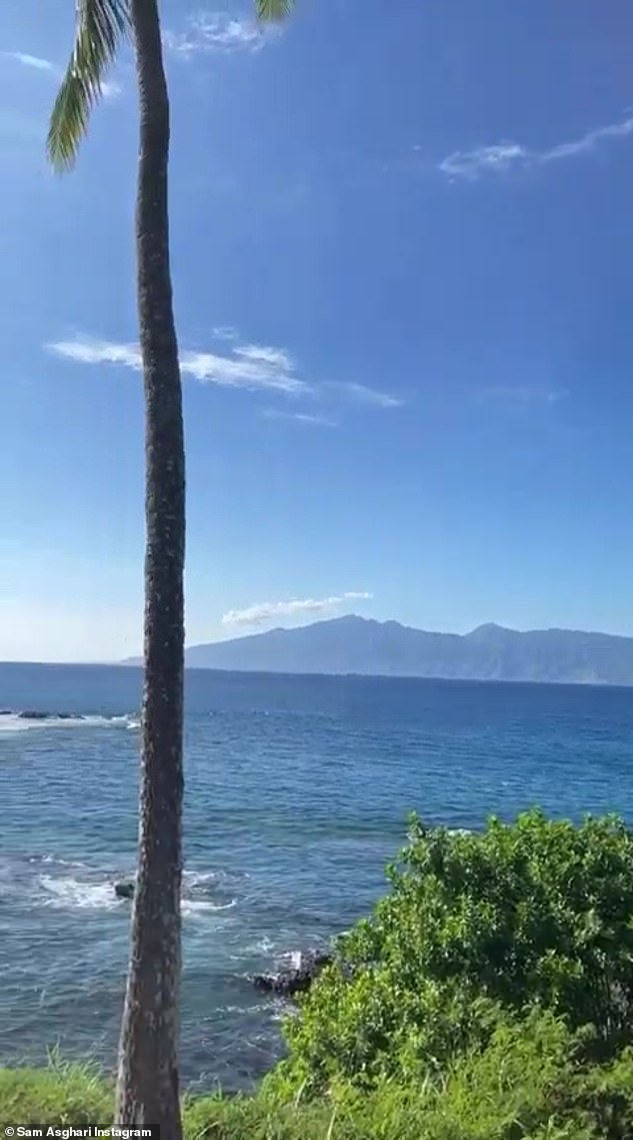 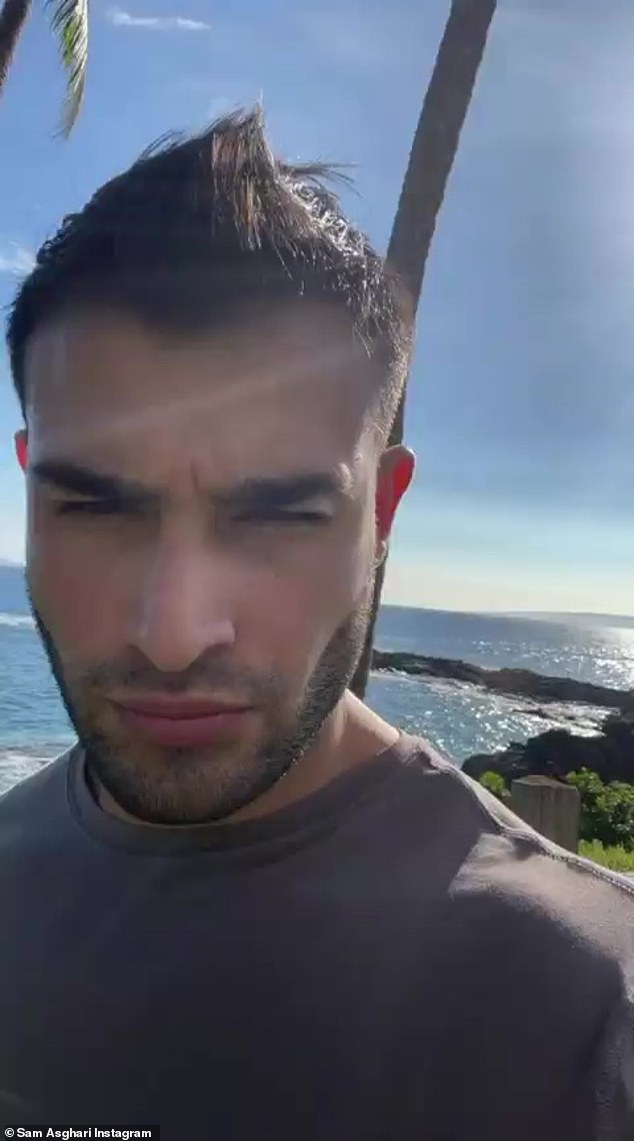 Going strong: Asghari first met Brit on the set of her Slumber Party music video in 2016

For ‘Euphoria’ Tunes Supervisor Jen Malone, Only “F---ing Bangers” Will Do

Tue Feb 8 , 2022
Tell me about the conversations your group is acquiring with Sam Levinson, or the show’s editors. There must be a great deal of relocating sections, given that you have to get so quite a few tune clearances. It’s a collaboration. It’s all about serving Sam Levinson’s vision of the tale: […]