Just before the pandemic, Florence Welch read about choreomania, the medieval European “dancing plague,” wherein hordes of people would flail and twitch until they reached exhaustion, injury, or death. Welch became obsessed with the concept. Entering her mid-30s, nearly 15 years into a career that began when she drunkenly sang to her future manager in a club bathroom, she wanted to prod at her relationship to performance. When she started releasing records, her stadium-shaking voice and songs that crescendoed to catharsis lifted her into the pop charts alongside Adele and Bruno Mars. Four albums in, though, Florence and the Machine is an institution, and Florence Welch, the person, seemed rattled by how much she relied on it. She conceived her fifth album, Dance Fever, as a “‘be careful for what you wish for’ fable,” she told the New York Times; as she read more about the dancing that spread like sickness, she thought about what it would be like to give up performing altogether. And then, a week after she started making the songs that would become Dance Fever alongside Jack Antonoff, lockdown hit.

From those uncanny origins, the new album arrives as a sweeping, grandiose statement, no less outsized than Welch’s past releases but more internal and lyrically cohesive. The songs concern devils and angels and life and death, but Dance Fever is more fascinating as a self-interrogation—these are Welch’s most personal lyrics, and among her most poignant. “Every song I wrote became an escape rope tied around my neck to pull me up to heaven,” she rasps at the end of “Heaven Is Here,” and that horror at her own compulsions reverberates throughout the album. On Dance Fever, Welch stays trapped indoors, sobbing into bowls of cereal at midnight, trying to comfort herself with the crumbs of her own image. She built her public persona by beaming the grandest, fiercest emotions out to a crowd; left alone, she turns that intensity inward.

Unlike another Antonoff-produced pandemic reverie, Lorde’s Solar Power, Welch struggles against the wisdom she seeks to impart; we hear her wrestling with the knowledge she’s acquired, not merely delivering it. She sees herself as a projection, not a person, and she’s terrified by her impulse to self-mythologize. In the spoken-word section that opens “Choreomania,” she traces the contours of an anxiety attack: “I am freaking out in the middle of the street with the complete conviction of someone who has never had anything actually really bad happen to them,” she says in a crisp monotone. The pandemic is a constant presence: She sings about her friends getting sick, about the joy and futility of the mundane. The stakes are high, but too often, she tries to convey the album’s scary-movie sensibilities by contorting her voice into a howl or a croak. The theatrics distract from the more satisfying drama, as the image of an auteur who equates work with worth collides with Welch’s attempts at intimacy.

Sun Sep 25 , 2022
Shangela will make history in more methods than a person with her transform in the future year of “Dancing With the Stars.” The prolonged-functioning tv dance competitiveness unveiled Thursday that the “RuPaul’s Drag Race” alum will be a part of its Season 31 cast. “I truly feel so honored to […] 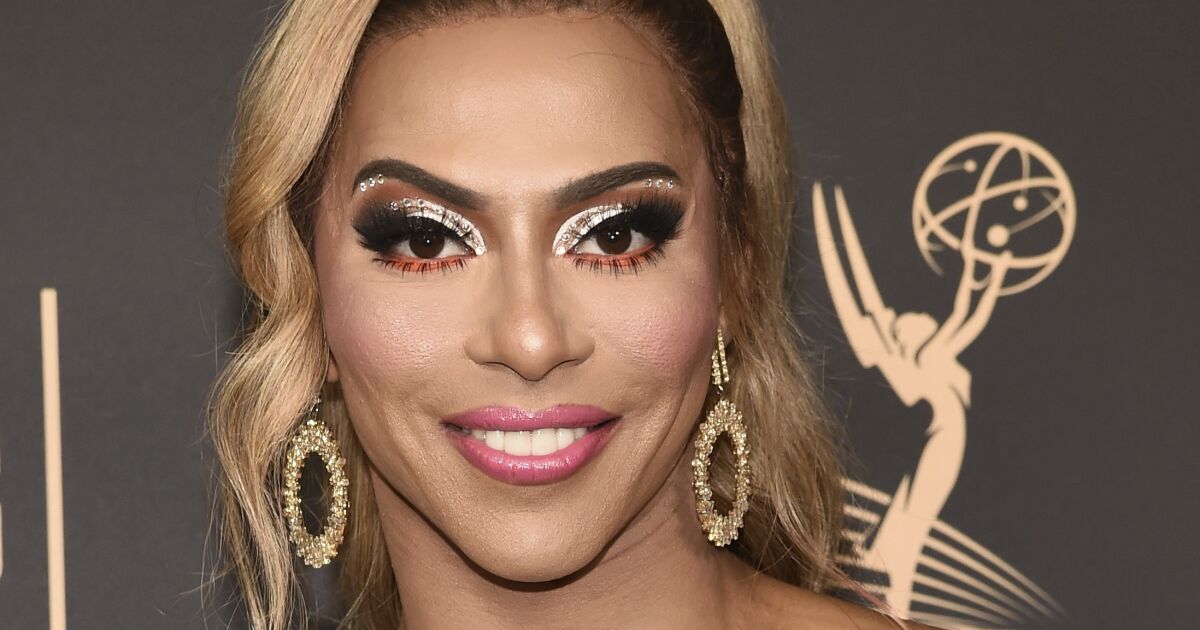