Here you go, Lionel Messi and Cristiano Ronaldo. Here it is. The tiebreaker. The one for all the marbles, and what a set of marbles it is.

When the World Cup begins in Qatar on Sunday, Ronaldo and Messi will be playing for more than the mere matter of the most important trophy in soccer. They will be duking it out for the status, now and forever more, of being the best player of their generation and one of the best in history.

As things stand, it is a push. Everyone has their personal favorite, of course, but opinion is neatly enough divided between Argentina’s diminutive genius and Portugal’s ultimate showman that there is no consensus and no hope of one.

Unless … one of them reaches international soccer’s treasured summit on Dec. 18, and adds the only item missing from both of their respective résumés.

Ronaldo has seven league titles from his stints in England (Manchester United), Spain (Real Madrid) and Italy (Juventus), plus five Champions League crowns. For their countries, Ronaldo has a continental trophy, the 2016 European Championships, while Messi has the South American equivalent, the 2021 Copa América.

[Which Ronaldo will show up for Portugal?]

They have been the faces of soccer for a generation, and it is without question that each spurred the other to even higher levels of greatness. Maybe, they are destined to remain parallel as their careers near their end — Ronaldo is 37 and Messi 35.

Or maybe not. Perhaps there is supposed to be resolution, a determination made, by the only thing big enough to end years of stalemate. The World Cup, the trophy that has the greatest difficulty level of any in sports.

Some tiebreakers have a little on the line and some have a lot. The next month will play host to a monumental one, with the potential to separate two lives, two legacies, two of the finest careers soccer has ever seen.

Four years ago, sports performance psychologist Bill Cole told me in a story for USA TODAY that a fan’s preference for Messi or Ronaldo is in some ways a reflection of that person. Those more drawn to big personality and brash self-confidence may prefer Ronaldo, Cole said. Those who like their heroes to be more humble and understated may steer toward Messi.

Neither has an easy path in Qatar. Messi’s Argentina is in Group C with Mexico, Poland and Saudi Arabia. Ronaldo’s Portugal must face Uruguay, Ghana and South Korea. Neither pool would ever be described as the Group of Death, but progress can’t be considered a mere formality. Portugal nearly didn’t make the World Cup at all, surviving a tense European playoff bracket.

The two teams cannot meet until the semifinal stage at the earliest — make that the final if both win (or both finish second in) their groups.

“Epic,” FOX Sports analyst Alexi Lalas said, when asked what a Messi-Ronaldo final matchup would look like. “Momentous. Historic. That’s all I got.”

Ronaldo and Messi have never been friends; playing for hated rivals Madrid and Barça assured that. A more cordial understanding has developed in recent years, though even that has been tested as this World Cup — and all its gravity — has approached.

“Over the past year, our relationship has improved,” Ronaldo said in his self-titled documentary in 2015. “I see him not as a rival but as a person. I see him as someone who makes me a better player and I make him a better player.”

How they come into the event is a neat reflection of how they operate. Messi has kept things on the down low, quietly going about his business in the French league.

Ronaldo, mired in a fractious second spell in Manchester, this week undertook an explosive interview with British media personality Piers Morgan, in which he lambasted his teammates at United and the club’s head coach, Erik ten Hag.

Portugal’s Cristiano Ronaldo is known for his finishing, technical ability and aerial ability.

How deeply the soccer world regards the Messi-Ronaldo rivalry can be summed up by the odd situation surrounding Argentina’s latest teenage Wunderkind, Alejandro Garnacho, currently shining for Manchester United.

Argentina fans have been irked by his apparent closeness to and idolization of Ronaldo, some claiming it to be unpatriotic and disloyal to Messi.

If it sounds like a soap opera, that’s because it is. The Messi-Ronaldo plotline has always had an element of cinema about it, for that’s what you get when a pair of legends’ careers collide.

Perhaps the most remarkable thing about their rivalry is that after all this time, all those goals, all those magical performances, there is still no agreement on who has gotten the upper hand.

The tiebreaker, this World Cup, may finally change that.

Get more from FIFA World Cup 2022 Follow your favorites to get information about games, news and more

Wed Jan 4 , 2023
ALAN GRIMANDI & VIVIANA PUELLO -FOUNDERS OF ARTTOUR Worldwide Magazine ATIM Major 60 MASTERS ALL ARTISTS WITH AWARDS ATIM MASTERS AWARDS ATIM’S Top 60 MASTERS AWARDS 1000’s of artists from all about the entire world post their operates and each a single of them is hoping to come to be […] 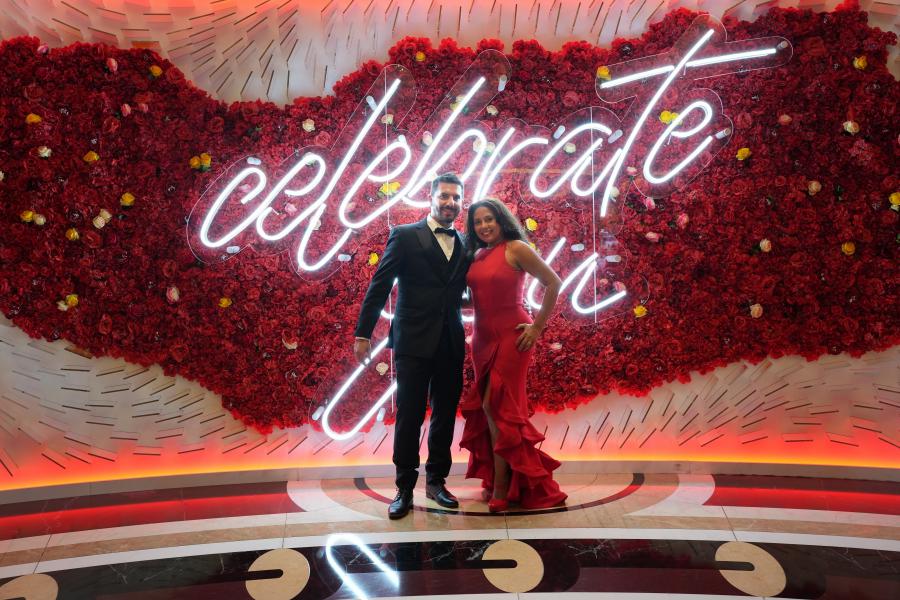