In June 1982, at the age of 7, actor Pedro Pascal (The Mandalorian) remembers his mother would drop him off at a movie theater in San Antonio to spend the afternoon there while she studied for her Ph.D. It was two years before the Motion Picture Association (MPA) added the PG-13 rating to its rating system.

“I was able to get away with a lot,” Pascal, 47, told MySA during a recent interview to talk about his latest film, the action-comedy The Unbearable Weight of Massive Talent. “I was able to say, ‘It’s PG, mom! Steven Spielberg’s name is on it!’”

One of the first movies he remembers seeing during that time was the PG-rated, 1982 horror classic Poltergeist. Later, he tried to sneak into the R-rated, 1983 horror classic Cujo with his friend, but they ended up getting caught.

“I would watch movies and play in the arcade all day,” Pascal said. “It was like they babysat me. It was a different time.”

Born in Santiago, Chile, Pascal and his family were given political asylum soon after his birth and moved to Denmark to flee the military dictatorship of General Augusto Pinochet. Then, they immigrated to San Antonio where Pascal lived until the age of 11, when he finished his fifth-grade year at Colonies North Elementary on the city’s North Central side. During that time, he was a competitive swimmer, a pastime he remembers fondly.

“The earliest memories I have of living in San Antonio would be early-morning swim practice,” he said. “There was a neighborhood swimming pool, and I was the star swimmer. Blue ribbons only, baby!”

Pascal should get another blue ribbon for his performance in The Unbearable Weight of Massive Talent. In the film, he plays Javi Gutierrez, a billionaire arms dealer and Nicolas Cage superfan who invites Cage (who plays himself) to spend his birthday with him off the Spanish coast of Mallorca for $1 million. The stakes change, however, when the FBI recruits Cage to do some recon on Javi and see if he’s responsible for a high-profile kidnapping they’re investigating.

“In spite of whatever expectations that we as outsiders may have of [Cage], in terms of a wild or eccentric persona, the person that you get is a consummate professional, a great scene partner and a thoughtful friend on set,” Pascal said. “You feel kind of held and taken care of by somebody who is way more experienced than you.”

While Cage portrays a fictional version of himself in the film, Pascal felt like he, too, was tapping into some of his own personality for his character. Minus the obvious fact that Pascal is not a wealthy and dangerous criminal in real life. He is, however, a Cage superfan. So, for him, being starstruck by the Oscar winner was easy.

“It felt like such easy skin to slip into being a [Cage] fan and a movie enthusiast and starry eyed and being grateful to be in the company of such inspiration,” he said. “That was a pretty straightforward way of doing it. In a way, I played myself more in this than I have in anything else I’ve done.”

If Massive Talent screenwriters had also made Javi a taco connoisseur, the likeness between Pascal and his character would’ve been even more complete. Pascal caused some — what he jokingly referred to as “controversy” — during the South by Southwest Film Festival last month when he revealed on the red carpet that he preferred tacos from San Antonio over Austin.

So, exactly what kind of breakfast tacos would Pascal order from a San Antonio taqueria? He admits he likes to keep things simple.

“I want a good huevos rancheros [taco] with frijoles,” he said. “I like it basic. But I need to be at the [restaurant] and look at the menu. If know the person there, I’ll let them order my breakfast. As long as it has good frijoles.”

The Unbearable Weight of Massive Talent premieres at theaters on Friday, April 22.

Thu Apr 14 , 2022
Seventy yrs following “Singin’ in the Rain” debuted on the silver screen, the MGM musical is continue to as memorable as ever. Patricia Ward Kelly, the widow of the movie’s star and director Gene Kelly, broke down a number of myths from the legendary 1952 movie, which include the oft-instructed […] 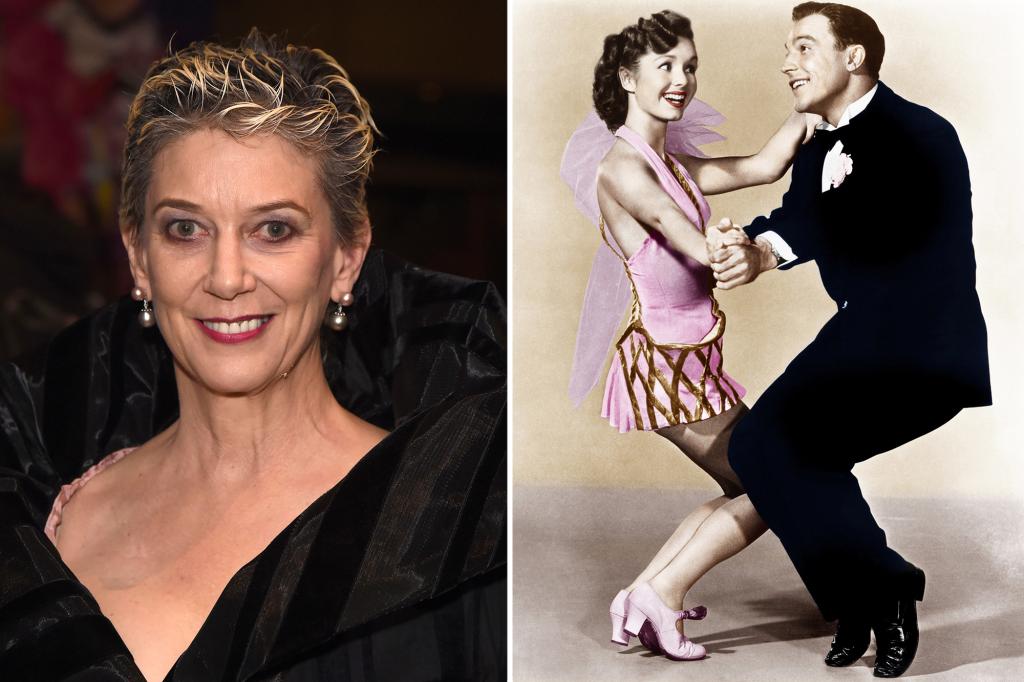